This month we’ll have a very special community meeting where Open Robotics interns will present about the great work they’ve done during the Northern Hemisphere summer 2022!

Onur Berk Töre (@onurtore) will talk about the integration progress of an external mesh loading library, Assimp, to Gazebo. His talk will explain new supported mesh formats, the speed and memory usage of Assimp, and the left-over work that needs to be done to finalize integration. Check out the resources below before the talk:

SpaceROS is a variant of ROS 2 specifically designed for Space applications. In this presentation, Tianyu Li will show two space-related demos running in the SpaceROS environment with Gazebo simulation. The first demo will be a Curiosity Rover driving on the Martian surface. The second demo will be a Canadarm in the low Earth orbit with manipulation ability. The demo will start with the docker setup for the SpaceROS demo. Both demos will go over the models, meshes, and textures created for the simulation and display moving parts with ros2_control. 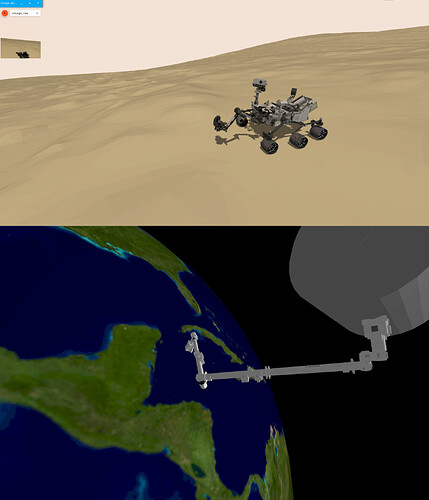 Haoyuan You (@AzulRadio) will present 3 features: common widgets, test coverage improvements, and plugin menu search bar. The new Gazebo GUI with common widgets will now help users design components with a consistent style using less code. We introduce common widgets for Color, Pose, Vector and PlotIcon for versions after (including) Fortress. For the test coverage, we excluded vendor code from the code test coverage report. By doing so, we increased the test coverage rate for six repositories by an average of about 20%. We also have some minor updates on the plugin search bar for a better user experience. Now we can open, navigate and select plugins in the search bar with our keyboards. The new auto-highlight feature of the search bar also saves users time when adding multiple plugins.

Harsh Mahesheka (@Harsh_Mahesheka_5-Ye) will present a set of tools to help create new Gazebo packages. It includes a set of CMake macros that helps install and source paths of resources, plugins, tests, etc., and a Gazebo CLI subcommand that generates various template packages for users to start from. 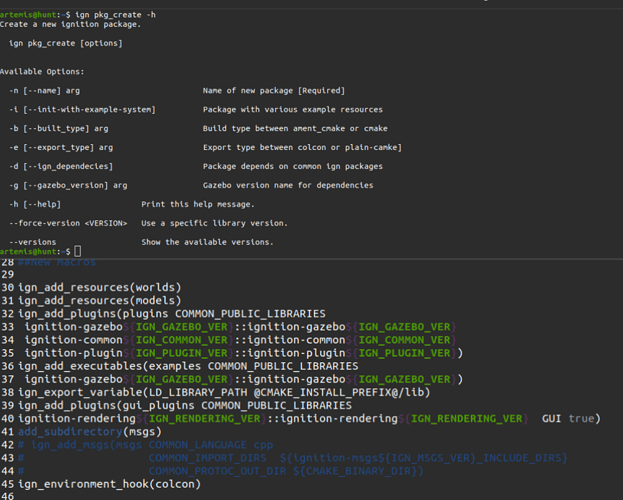 Sumedh Koppula is our summer intern mentored by Katherine Scott, who is closely working on Turtlebot4. He will be covering Turtlebot4 essentials and how to simulate TB4 in Gazebo Edifice. He will also go over how Gazebo assists Turtlebot4 in interacting with its HMI display, visualizing ROS2 Image subjects, and publishing teleop topics via the Gazebo GUI (Unlike from RVIZ2 or RQT). He will also discuss how to develop and migrate from a Gazebo Classic world to a Gazebo world, as well as the difficulties in updating textures for the new Gazebo. Furthermore, he will present several fascinating projects that have been mimicked in Gazebo using Turtlebot4. 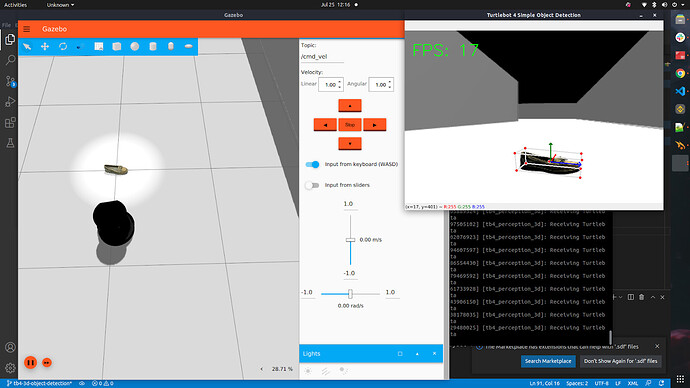 Brian Chen is going to talk about an exciting new feature he worked on over his internship that is coming soon to a ROS2 near you: service introspection.
Or in terms more applicable to the end user, being able to ros2 service echo and ros2 bag record --services.
He will go over his experience designing and implementing this feature as well as show a demo and how you can integrate this with your nodes.
Then he’ll talk about the new features that can be made possible by service introspection and a brief retrospective of his internship experience. 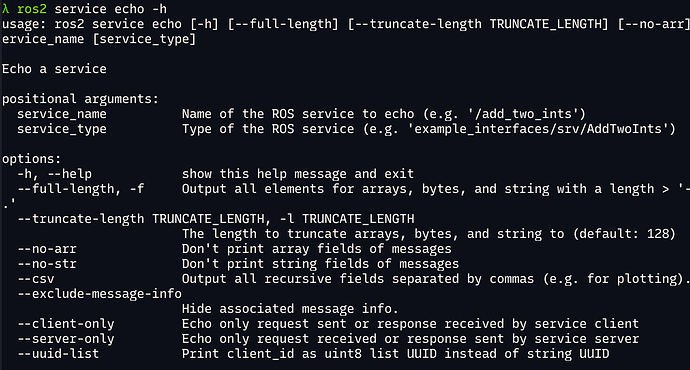 Agenda: Everyone is welcome to add items to the agenda.

As always, the meeting will be recorded and posted to the community meetings playlist on the GazeboSim YouTube channel. Check out the playlist for past meetings!

Are you doing anything interesting with Gazebo? Show it off to the community! Contact us so we can figure out the best date.

Do you want to see some specific topic covered? Please comment below!

See you at the meeting!

Thank you all interns for your hard work this summer!